The season of art is upon us. With the entire country steeped in art festivals, biennales, and private gallery events, it seems the last few difficult years have been wiped away with a decisive stroke of the brush. The cherry on top of this country-wide celebration of the arts is the India Art Fair (IAF) 2023, set to take place from the 9-12 of February at its favoured location of the NSIC grounds in Okhla, New Delhi. The IAF this year promises an interesting line-up, and offerings that go beyond its traditional definition of a trade fair for the sale and purchase of art.

“We are thrilled to announce our return in 2023, as we pave the way for a new era in Indian and South Asian art. Our fairgrounds will be a showcase for the most powerful and emerging young artists from India and the wider South Asian region. From the region’s greatest modernists, contemporary and folk artists to a new generation of cutting-edge digital artists, showcased in The Studio, there will be something for everyone to enjoy. More than anything, we are proud to present 85 galleries and institutions, each of whom have dared to innovate and reinvent their programmes to make them widely inclusive and diverse in representation of artists, mediums, and price points. We hope that our visitors will find the voices of these artists to ring loud and clear,” says Jaya Asokan, the Fair Director.

Asokan took over the directorship of the IAF in April 2021, at a very testing time. She was tasked with uplifting a community severely affected by the global pandemic, while ensuring the IAF became a future-ready platform at par with the creative and technological progress of the rest of the world. For this purpose, she assembled a team of young, creative individuals, who collectively reimagined the boundaries of the IAF by introducing new concepts, which debuted in 2022. This year, these concepts have been stretched further for greater inclusivity.

She highlights, “The 2023 fair will be our most ambitious edition to date, with an expanded floorspace and three large exhibition halls dedicated to galleries representing a breadth of established and emerging talent, be it pioneering names such as Chemould Prescott Road, Jhaveri Contemporary (both Mumbai), Experimenter, Akar Prakar (both Kolkata), Vadehra Art Gallery, PHOTOINK and GALLERYSKE to young first-time participants such as 079 | Stories Art Gallery and Iram Art (both Ahmedabad), Chemould CoLab (Mumbai), Dhi Artspace (Hyderabad), Gallery Dotwalk (Gurugram) and Treasure Art Gallery (Delhi).”

The fair façade will be a symbol of the past influencing the future. Titled ‘Forest of the Future’ it will be made using the traditional art of Warli by sibling duo, the Vayeda Brothers. The IAF is also running its first ever Digital Artists in Residence (DAIR) program, as part of which Gaurav Ogale, Mira Felicia Malhotra and Varun Ogale, will showcase their digital projects and artworks in the art and technology hall, The Studio.

In another first, the IAF will launch a poster zine titled ‘Fire in the Belly’ with the aim of facilitating the empowerment of women and gendered others. It will feature eight womxn artists and creative powerhouses, including internationally recognised artists, activists and writers Anikesa Dhing, Aravani Art Project, Aqui Thami, Dhruvi Acharya, Meena Kandasamy, Rithika Pandey, Shilpa Gupta and Zeenat Kulavoor.

This will be accompanied by a talks programme curated by independent arts educator and curator Shaleen Wadhwana called ‘Align & Disrupt’. These conversations will examine representation, philanthropy, patronage, disability and sustainability, with the aim of documenting an action-plan to be made accessible to the public at a later stage.

There will also be a high degree of international participation with the presence of Galleria Continua who will present works by Anish Kapoor, JR and Michelangelo Pistoletto; Marc Straus featuring Anne Samat; Bruno Art Group presenting Andy Warhol; and others.

After the tremendous success of the IAF Parallel city-wide program which ran alongside the main event last year, the team at IAF has widened its scale this year. People will be able to access varied forms of art and artistic engagement throughout the city.

This year, the programme features women-led exhibitions including those of Arpita Singh and the late Indian abstractionist Nasreen Mohamedi at Vadehra Art Gallery, Chitra Ganesh at Gallery Espace, Sumakshi Singh at Exhibit 320 and a group show of over 20 women artists from the Baroda School presented by Anant Art at Bikaner House, along with showcases by Thukral & Tagra at Nature Morte, Debasish Mukherjee at Akar Prakar and Karan Shrestha at Shrine Empire. 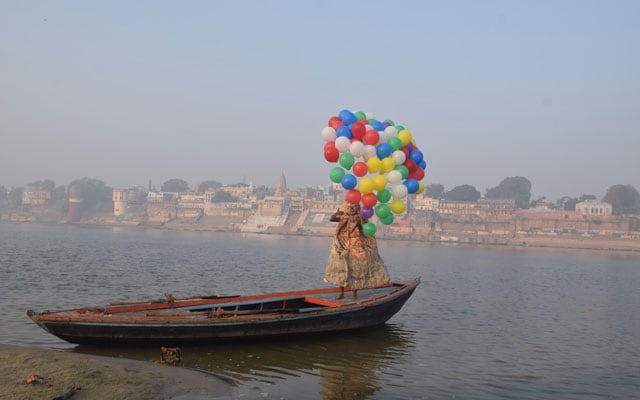 Kiran Nadar Museum of Art will show ‘Pop South Asia’, which is being touted as the first exhibition of modern and contemporary South Asia engaging with popular culture. The Gujral Foundation will exhibit new paintings and digital artworks by Raghava K.K. and Devi Art Foundation will present Vayan – Art of Indian Brocades at the National Crafts Museum.

Other alternate art spaces include feminist pop illustrations by Osheen Shiva at Pulp Society and ‘Threading The Horizon’ which highlights socially-engaged projects and installations by artists across India at Khoj Studios. The success of any trade show depends on the level of engagement it attracts. Therefore, increasing awareness among new and potential buyers is high on the agenda for the organisers. Last year, the IAF initiated a Young Collector’s Program for this purpose, which will be enlarged in scope and scale this year.

“For the first time, the fair will take over partner venue Bikaner House in the heart of New Delhi, and transform it into a Young Collectors Hub or meeting ground for bright new creatives, curators and collectors,” shares Asokan.

The Young Collectors Programme will include offerings from XXL Collective, a popular new gallery which operates out of New Delhi and Berlin. Music and design will play a prominent role through different projects such as the performance art piece by Indian artist Sajan Mani tackling important issues related to Dalit rights.

The fair will also bring to life key ‘collecting neighbourhoods’ of Delhi, introducing young collectors to alternate spaces showing and selling art at affordable price points in the industrial Okhla district and Stir World, a post-contemporary island which will present shows curated by two young galleries Art Incept and Method in Chhatarpur. 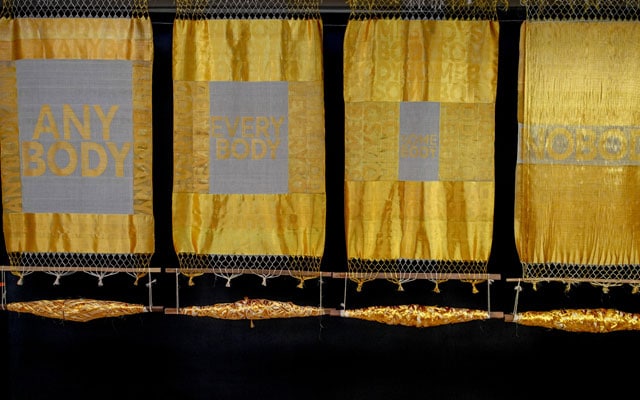 With a full roster in place and the event fast approaching, there is plenty for art connoisseurs and lovers to look forward to. This is evident from Asokan’s parting words, “I hope that the IAF acts as a catalyst for a strong growing Indian art market and will be an inspiring experience for everyone who attends, from art enthusiasts to collectors, curators and artists visiting from across India and the world. We believe access to art is vital. And as we proceed into our 15th year, we are taking active steps to grow the fair beyond the four-day event in New Delhi, through year-round programming such as educational initiatives, collector weekends, pop-ups and public art projects, all aimed at widening audiences for the arts in India.”