A scrap dealer wearing a protective face mask pushes his handcart past a graffiti painted on a wall that reads NFTs are good investments in Mumbai. (Photo: Ashish Vaishnav/SOPA Images/LightRocket via Getty Images)

A slew of celebrity endorsements helped inflate a multi-billion dollar bubble around digital tokens over the past year, but cryptocurrencies are crashing and some fear NFTs could be next.

NFTs are tokens linked to digital images, “collectable” items, avatars in games or property and objects in the burgeoning virtual world of the metaverse.

The likes of Paris Hilton, Gwyneth Paltrow and Serena Williams have boasted about owning NFTs and many under-30s have been enticed to gamble for the chance of making a quick profit.

But the whole sector is suffering a rout at the moment with all the major cryptocurrencies slumping in value, and the signs for NFTs are mixed at best.

The number of NFTs traded in the first quarter of this year slumped by almost 50 percent compared to the previous quarter, according to analysis firm Non-Fungible.

They reckoned the market was digesting the vast amount of NFTs created last year, with the resale market just getting off the ground.

Monitoring firm CryptoSlam reported a dramatic tail-off in May, with just $31 million (R475 million) spent on art and collectibles in the week to 15 May, the lowest figure all year.

A symbol of the struggle is the forlorn attempt to re-sell an NFT of Twitter founder Jack Dorsey’s first tweet. 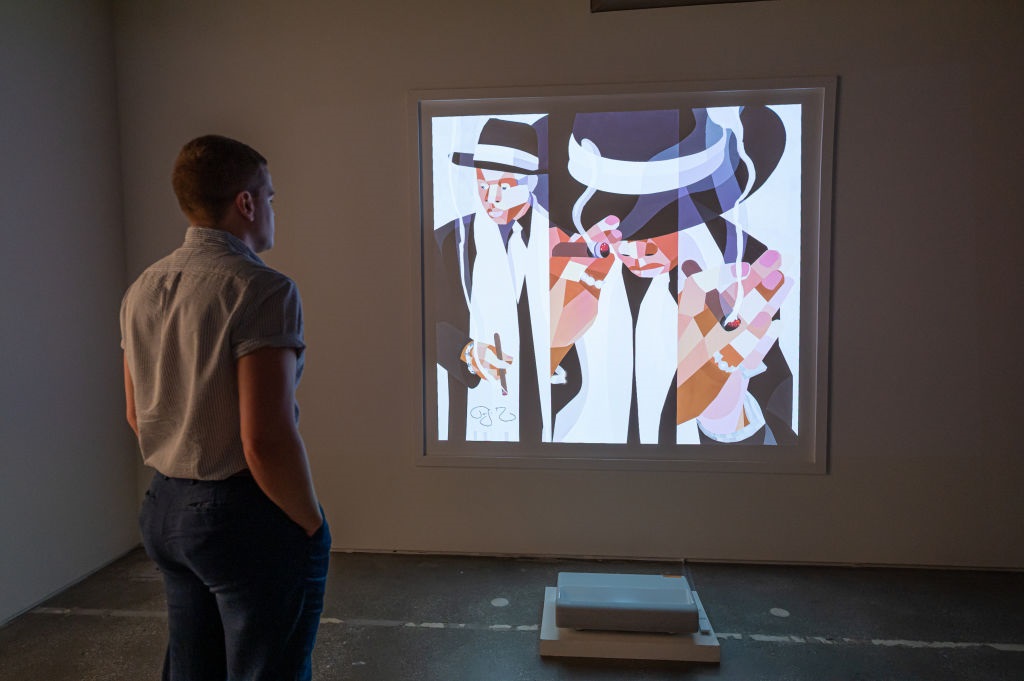 The year of scams

Molly White, a prominent critic of the crypto sphere, told AFP there were many possible reasons for the downturn.

“It could be a general decrease in hype, it could be fear of scams after so many high-profile ones, or it could be people tightening their belts,” she said.

The reputation of the industry has been hammered for much of the year.

The main exchange, OpenSea, admitted in January that more than 80 percent of the NFTs created with its free tool were fraudulent – many of them copies of other NFTs or famous artworks reproduced without permission.

“There’s a bit of everything on OpenSea,” said Olivier Lerner, co-author of the book “NFT Mine d’Or” (NFT Gold Mine).

“It’s a huge site and it’s not curated, so you really have no idea what you’re buying.”

LooksRare, an NFT exchange that overtook OpenSea for volume of sales this year, got into similar problems as its rival.

As many as 95 percent of the transactions on its platform were found to be fake, according to CryptoSlam.

Users were selling NFTs to themselves because LooksRare was offering tokens with every transaction – no matter what you were buying.

And the amounts lost to scams this year have been eye-watering.

The owners of Axie Infinity, a game played by millions in the Philippines and elsewhere and a key driver of the NFT market, managed to lose more than $500 million (R7.9 billion) in a single swindle.

“As soon as you have a new technology, you immediately have fraudsters circling,” lawyer Eric Barbry told AFP.

He pointed out that the NFT market had no dedicated regulation so law enforcement agencies are left to cobble together a response using existing frameworks.

Molly White said strong regulation could help eliminate the extreme speculation but that could, in turn, rob NFTs of their major appeal — that they can bring quick profits.

“I think less hype would be a good thing — in its current form, NFT trading is enormously risky and probably unwise for the average person,” she said.

NFTs are often likened to the traditional art market because they have no inherent utility and their prices fluctuated wildly depending on trends and hype.

“It’s like the lottery,” he said of those seeking big profits from NFTs. “You play, but you never win.”

Subscribe to News24’s weekly arts and culture newsletter, The Artefact.