As the famous Spaniard Tamara Falcó once said, “6 seconds in the real world or a nanosecond in the metaverse” for her, were the same thing. And we are already starting to talk about a parallel reality.

Teleworking has increased the number of hours we spend in front of screens. Something that has not gone unnoticed by Trace Metaverse, a project that is committed to going further and taking advantage of the opportunities of the digital world to socialize and move more in both the real and virtual world.

Trace is designed primarily for mobile phones, as they are considered to be the main element for connecting with others. The project team has designed an augmented reality metaverse, which is easier to apply than virtual reality for users to enjoy. The project is currently in the problem-solving phase so that there are no more doubts and the user can enjoy this unique experience 100%.

Professionals have already called Trace “a powerful leap into the future”.

To get started, the first thing to do is to activate your character. He will start to move around the app and then you will have to do the same in reality. The aim is for you to discover your surroundings and get out of the house and leave the screens behind. While you walk around, your avatar does the same in the Trace metaverse.

Ecological learning in action. This is what the developers of Trace Metaverce intend to implement. A modern game cannot ignore the problem of climate change and seeks to raise awareness from a parallel reality and show that it is possible to be more eco-friendly in our daily lives.

Thanks to this new green philosophy applied to the game, it will no longer be necessary to have a car to win and participate, but bicycles or scooters are perfectly valid.

The developers of this game have extensive experience in mapping, geolocation and augmented reality, however, they have worked in companies as important in the sector as: Yandex, Intel, Niantic (Pokemon Go), Kama Games, Gameinsight or Wargaming. Highly qualified professionals who have been able to bring the best of each company to Trace and make this exclusive game together. From their account, players will be able to track their progress, move and get their rewards and prizes.

To complete the experience, you will soon be able to choose an NFT Car from the NFT Trace collection. You will be able to buy different parts, upgrade it, earn tokens, drive a specific distance and much more.

Playing on the Road

Trace Metaverce is fully aware of the risk of continuing to gamble while driving, so it has taken the protection of its players from driving and gambling very seriously.

It has created “Drive-to-earn”. The idea is that the users receive a notification when they are in the car asking them not to lose focus on the road and to stop playing. This notification is mandatory and will appear whenever driving starts.

The safety team knows that competition can lead to the desire not to stop playing, in fact, the creators of Trace Metaverce believe that “Competition is the key to a healthy and mature market”, but they also know that safety at the wheel is paramount.

The Golden Age of Geolocation Games

Pokémon Go was a revolution a few years ago. The secret was simple, for the first time you didn’t have to choose between playing or going out, you had both. Today, years later, it is still a game with many downloads. The only thing you need to play is a mobile phone with a full battery.

Trace Metaverce has taken inspiration from this popular game, kept some of its main features and improved them by combining them with the main trends of this new century. Augmented reality is likely to be one of those trends next year and Trace’s developers are already working on it.

They have combined augmented reality with metaverse and GPS gaming to make Trace Metaverce an innovation in mobile gaming. They have created their own geolocation platform called METAFORA. 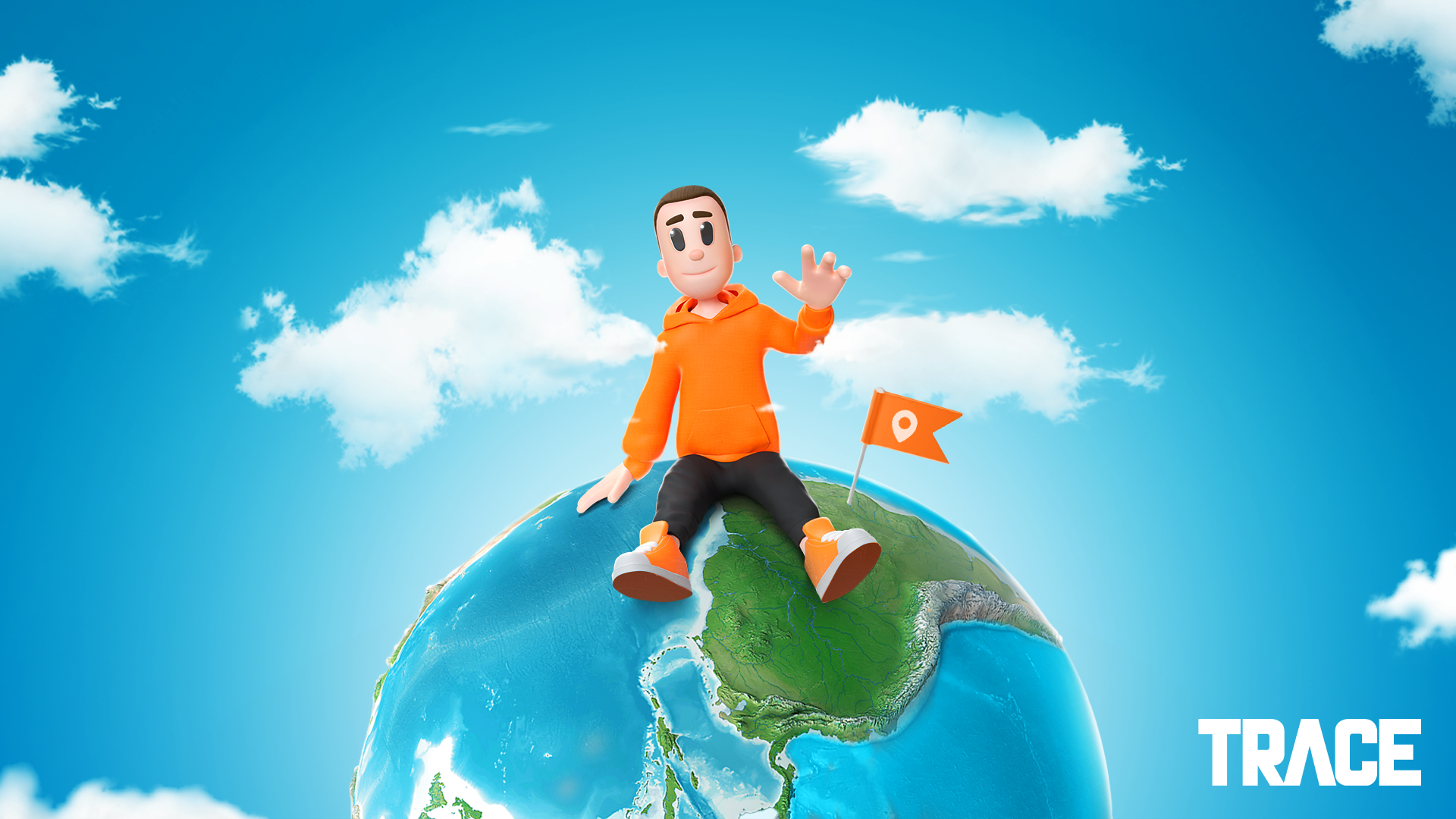 The Best Advantages for Players and for Companies

Trace knows that it is going to become the reference game of the Play-to-Earn. Amongst other backers, it has the support of Polygon’s blockchain.

Currently, the largest number of players comes neither from Asia nor Africa, but from America (from North to Latin America) and Europe. They want to show thousands of players all that the metaverse can provide, and they are not wrong.

There are many ways to earn income within the platform. One of the simplest is through marketing, through advertising campaigns in the app. But it is not the only one, of course, you can rent or sell plots of land where you can place hotspots.

A clear example would be a supermarket that wants to rent a plot of land for its establishment. By carrying out different activities in the metaverse, it will be able to get new visitors in the real world who will already know its products through the application.

In this case study we can see how having a presence in the metaverse has a beneficial impact in the real world.

In the case of the players, they will be able to get tokens that can be sold to get new income, apart from the fun and pure entertainment of the game.

The business model plans to go in two directions: on the one hand, partnerships with thousands of users and on the other hand, connections with companies of different kinds.

There is an increasingly strong connection between the Trace Metaverce and reality. Work continues on achieving an evolutionary symbiosis that is gradually taking shape.

Trace’s economic benefits come on the one hand from advertising, collaborations with different companies, in-app campaigns, in-universe purchases and commissions, and on the other hand from funds.

These are redistributed in the burning of tokens, prizes and the development of Trace. In relation to these tokens we can talk about two types TCR (the governance token, it is unlimited, 5 billion) and ACE (the utility token).

Brazil and India have been the first markets chosen to start the journey. India, despite not being highly regarded in the crypto world, has a well-established infrastructure, with high-level professionals and projects. Abhudoy Das is the person behind the implementation in the Asian country. He is a first-rate ambassador with extensive knowledge of current technologies.

Guillermo Monteiro is, like Das for the Indian market, the representative in Brazil. Monteiro has more than three decades of experience. He is a well-known investor throughout Latin America, a connoisseur of new economic trends and a web 3 builder.

He has been implementing technology companies and startups for years. Since 2017 he also operates with Bitcoins and other cryptocurrencies.

With both gems, it is expected that both Brazil and India will be the first Trace hubs, from there its use will not only grow, but also consolidate. Having professionals is something that this platform has always sought. Having the best always gives peace of mind, protection and security to both creators and players. Something priceless nowadays.