ANN/THE STAR – Elon Musk’s tumultuous takeover of Twitter and the failure of the FTX cryptocurrency exchange are only two examples of the many dramatic events that occurred in 2022.

While it is too early to predict how 2023 will perform, there are plenty of exciting technologies in the pipeline.

THE POWER OF THOUGHTS

The idea of directly controlling computers or even smartphones with just our thoughts seems like something straight out of a sci-fi movie, but brain-control interfaces have actually been in the works for years.

The company Synchron, for example, managed to successfully implant its Stentrode interface system in a trial subject in the United States (US) last year.

The technology will allow paralysed patients to control digital devices to perform tasks like send emails and text messages, do online banking, and even go shopping with just their neural activity.

The company is not alone in its endeavour – Musk’s Neuralink is also working on a similar project, but with the larger goal of restoring mobility to disabled patients and bestowing sight to the blind through its “Link“ neural implant.

Musk announced that human trials of the Link are expected to begin within six months of the announcement, which he made on November 30 last year. Expect more news in May. 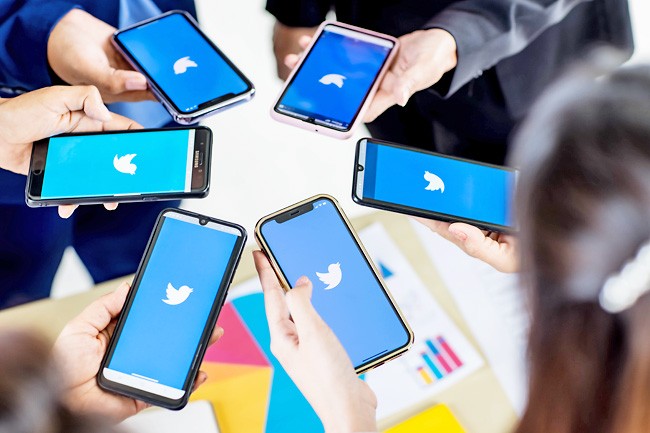 On the topic of healthcare, another innovation to keep an eye on would be the expanded use of artificial intelligence (AI) in the detection and diagnosis of diseases and other medical conditions.

During the COVID-19 pandemic, the world saw a rise in the development of AI-powered smartphone apps and tools meant to detect the virus through various means, with some algorithms identifying those infected via their coughs and voices.

Other efforts have focussed on detecting various conditions, including cancer, kidney disease, Parkinson’s, and even autism. Most of these, though, are still in the research and testing stages and haven’t been put into wide use yet.

Perhaps 2023 will see some of the potentially life-saving technologies reach full-scale deployment in the medical field and finally reach the masses.

Another example of AI-enabled technology that’s expected to be in the spotlight over the course of this year would be OpenAI’s ChatGPT and Dall-E 2 systems.

ChatGPT alone has already stirred up much discussion among the programming community with its capacity to generate code for a variety of user-requested purposes, along with the ability to pen essays when prompted.

Dall-E 2, on the other hand, had artists concerned about how the algorithm was trained using datasets containing their art, raising the question of whether this constituted plagiarism.

DeepMind (of AlphaGo fame) also unveiled its AlphaCode system last year, which was similarly able to generate code for computers at the same rate that a human programmer would be capable of. This year, we could see ChatGPT being used to replace existing chatbot systems to provide a better customer support experience to users while also augmenting jobs performed by human workers such as software engineers by debugging human-produced code – the same can be said for AlphaCode as well.

However, it’s also likely that the discussion on the ethical and regulatory side of things will continue throughout the year, especially as they can be used for potentially harmful or unethical purposes. The expected large footprint of AI this year carries over to the automotive industry as well, with more and more players in the industry working towards their own driverless cars and obtaining approval from regulators.

This includes Waymo, which is currently looking to obtain the final permit it needs to bring fully autonomous rides to the market in San Francisco – and it’s definitely not the only one aiming to get approval for its self-driving vehicles too.

Aside from AI, the area of 3D printing has similarly seen strides in development that could bear fruit in 2023 – particularly in the areas of housing and bioprinting.

With regard to housing, we’ve already seen the construction of homes done by giant 3D printers in Sarawak.

It was revealed that the machines are capable of printing an entire 1,000 square feet home out of concrete within just 46 hours.

There’s also an experimental project by the University of Maine called BioHome3D that uses wood scraps as the material for 3D-printed houses, taking advantage of leftover wood residue.

It’s only a matter of time until we start seeing the technology applied commercially in the housing market in general as well, which is already the case in the US, with the first 3D-printed home being put up for sale for USD599,300 last year.

This year will see the beginning of reservations for a total of 100 3D-printed homes in Texas as a result of collaboration between Icon, a construction technology company, and Lennar, a homebuilding company.

On the bioprinting front, a number of startups are promoting 3D-printed meat.

Some offer lab-grown meat made from animal cells instead of actual animals, while others choose vegan-friendly options made from plant-based materials. It could be only a matter of time until 3D-printed meat hits the mass market, likely within this year.

This could even be expanded to replace leather-based goods once the technology matures more.

Bioprinting has also raised the possibility of making parts for human organ transplants, with researchers having already achieved the feat of creating implantable blood vessels.

From here, the technology could be used to grow skin tissue, bone grafts, and even organs like the kidney and liver. Since the implanted part would have been grown from the patient’s own cells, there would be a low chance of rejection by the body.

No discussion about the future of tech would be complete without mentioning the virtual world, particularly the metaverse.

With Facebook’s rebranding to Meta, it’s clear that the metaverse concept, in some form or another, is here to stay, at least as far as large corporations are concerned.

Whether it be with virtual stores for users to shop in, fashion shows, concerts, or even workspaces, expect the variety of virtual offerings in the metaverse to only grow as more companies start building their footprint in the digital space.

In the social media world, Musk’s purchase of Twitter last year is likely to still be talked about in 2023, especially when it comes to the future of the platform itself. Will competitors such as Mastodon and Hive Social, which have grown since Twitter’s acquisition, be able to take its place? Only time will tell, but from the looks of it, we’re likely to see more competition in the coming year, particularly among those pushing the new model of decentralised social media. The objective of the decentralised concept is to keep the data of users out of the control of a single organisation or individual by hosting the service across multiple independently run servers instead of one run by a single entity.

Musk’s plans to transform Twitter into a super app of sorts in the same vein as China’s WeChat under the banner of “X” is another thing that should generate some buzz over 2023. This is especially the case since he’s not alone, with even Microsoft reportedly considering building its own super app that would have services such as shopping, messaging, and web searches in December last year.

It wouldn’t be a surprise if more players in the tech space decided to put their own spin on the super app idea now that other companies are already testing the waters.

Back in Malaysia, online shoppers will eventually have to deal with the new low-value goods (LVG) tax on imported items.

Under LVG, items worth less than MYR500 will incur a 10-per-cent tax, while items valued higher will still be subject to the existing duties, depending on the item category. Though there is some good news: The implementation date has been postponed indefinitely.

As for the 5G rollout, Communications and Digital Minister Fahmi Fadzil said that the implementation of the 5G network by Digital Nasional Bhd (DNB), the country’s sole wholesale service network (SWN) operator, would be reviewed by the Cabinet.

The announcement has reignited hopes for a shift from the SWN model owned by DNB to one where telcos build and control their own 5G networks. However, a shift from the SWN model may carry with it a change in coverage timeline. On December 12, DNB said that it was ahead of schedule with the implementation of its 5G network and that it expected to cover 80 per cent of populated areas by 2024.

Fahmi said that the ministry does not want to leave the implementation incomplete or delay the matter any further.