All three of our area museums are featuring a limited run of special exhibitions by renowned artists.

We couldn’t have wished for two more glorious paintings by Van Gogh than the two on display at the DAI. Painted by the famous artist in the last month of his life (July, 1890) they are “Wheat Stack Field” and “Daubigny’s Garden.”

Chief curator Jerry Smith has chosen to surround the two paintings in this Focus exhibit with 13 other European landscapes from the DAI’s own collection and items on long-term loans. “Van Gogh had a truly remarkable way of responding to the world around him with his vibrant and colorful paintings and I wanted to show that he wasn’t working in a vacuum,” Smith explains.

The Van Gogh treasures are wonderful examples of the artist’s signature style –thick dashes of color and quickly applied swirls made with a loaded brush. They are two of a dozen works Van Gogh made that are known as “double-square” paintings: the length is roughly double the height. “It is a good format for a landscape painting and these are the largest paintings Van Gogh ever painted,” Smith notes.

How did this exceptional loan come about? Folks from the Beyeler Foundation in Switzerland asked to borrow the DAI’s Edward Hopper, “High Noon” and offered to provide a reciprocal loan. Smith says there was much to choose from but he selected Van Gogh.

The process of transporting art treasures is also fascinating. When a museum borrows something from another museum, a courier will often travel with the work from the lending institution to assure it travels safely and is properly handled. But since Covid’s rise in 2020, explains Smith, museums have largely been doing courier work remotely, using digital platforms like Zoom, to watch the proceedings. “This way, the courier can watch the crate get unpacked and art installed without leaving the museum of origin,” he says. ” For the Van Goghs, the courier was in Switzerland, so we had to account for the six hour time difference, but that is a lot less trouble than traveling in person.”

Be sure to read the last letter sent by Vincent van Gogh to his brother, Theo, that’s on the wall next to the paintings. It includes a drawing and description of “Daubigny’s Garden.” Also on display is a painting by Daubigny, “A Lake in the Woods At Dusk,” owned by the DAI.

“There is no experience quite like seeing the real thing,” says Smith, referring to the immersive Van Gogh digital exhibits that are traveling the world. ” To see the swirling brushwork, the thick paint, the bright colors, and to stand in front of the painting just as Van Gogh once did. That is an experience and a memory that people will keep for a lifetime. “

Admission: $15 for adults; $10 for seniors, active military and groups, $5 for college students and youth. It is also possible to check out family memberships to the DAI through Dayton Metro Library, the Wright Memorial Library in Oakwood, the Milton-Union Public Library in West Milton and the Troy-Miami County Public Library in Troy.

Through the Museums for All program, those receiving SNAP food assistance can also receive discounted memberships. https://www.daytonartinstitute.org/visit/museums-for-all/

Most of us remember Roy Lichtenstein as the artist whose bold and colorful work was inspired by comic strips. Along with Andy Warhol, Jasper Johns and James Rosenquist, Lichtenstein is credited with the creation of a new art movement in the 1960s known as pop art.

But before all that, one of the most celebrated artists of the 20th century spent formative years in Columbus, studying and then teaching at The Ohio State University. The current CMA exhibit features 90 works from his early years, many on public view for the first time. Nannette Maciejunes, CMA executive director, says our region helped shape Lichtenstein’s towering achievements in American art. Ohio State’s progressive curriculum and a focus on visual perception influenced his irreverent response to American history and culture.

Roy Lichtenstein’s “Self-Portrait at an Easel” is included in an exhibit of his work at the Columbus Museum of Art. COURTESY PHOTO

Roy Lichtenstein’s “Self-Portrait at an Easel” is included in an exhibit of his work at the Columbus Museum of Art. COURTESY PHOTO

Lichtenstein’s studies were interrupted when he served in the Army during World War II, an experience that also allowed him to see a wealth of European art in person. After he returned to Ohio, he quickly synthesized modern art styles to create an innovative and personalized body of work. By the early 1950s he was exhibiting regularly in New York and began to receive critical attention.

A friend and I toured the exhibit with Tyler Cann, CMA’s acting chief curator, who is overseeing the exhibition in Columbus. “This exhibition will present a new Roy Lichtenstein for many visitors, and it is fascinating to see that the elements of his later work are all there,” says Cann. He’s referring to artwork that incorporates fairy tales, caricatures, folk and children’s art. “What you see in this exhibit is his early fascination with elements of United State history, Americana, narratives of cowboys and Indians,” Cann explains. “You’ll also see his first drawings that incorporate animated figures like Bugs Bunny and Mickey Mouse.

Roy Lichtenstein’s work is on exhibit at the Columbus Museum of Art. COURTESY PHOTO Roy Lichtenstein’s work is on exhibit at the Columbus Museum of Art. COURTESY PHOTO

Cann says these are all precursors to the work of an artist later known for appropriating comic books, advertisements and newspapers. “You see the seeds that would later become pop art.”

The Lichtenstein exhibit encompasses six galleries on the main floor of the museum and you’ll also want to head upstairs to see some outstanding other examples of pop art by Lichenstein, Andy Warhol and Jeff Koons.

Admission: Admission to CMA Tuesday through Sunday is $18 for adults, $9 for seniors (60+), students (18+) and children (4-17), free for members and children 3 and under. Special exhibition admission to Roy Lichtenstein: History in the Making, 1948-1960 is an additional $7. Admission is discounted on Thursdays – general admission is $5 on Thursdays from 5 to 9 p.m., and entrance to the special exhibition on Thursday evenings $5. General admission is free for all on Sundays. Dayton Art Institute members pay $7.

“David Driskell: Icons of Nature and History” and “Working Together: The of the Kamoinge Workshop” at the Cincinnati Art Museum

Although artist David Driskell and the photographers of the Kamoinge Workshop worked in different media and had different artistic practices, their work reflects some common themes which are explored in two special exhibitions at the Cincinnati Art Museum.

Driskell, an influential educator and curator who asserted the importance of Black artists to the history of American art, was also an accomplished artist.

David Driskell’s paintings, prints, and collages are on display at the Cincinnati Art Museum. The collection includes this self portrait of Driskell. COURTESY PHOTO 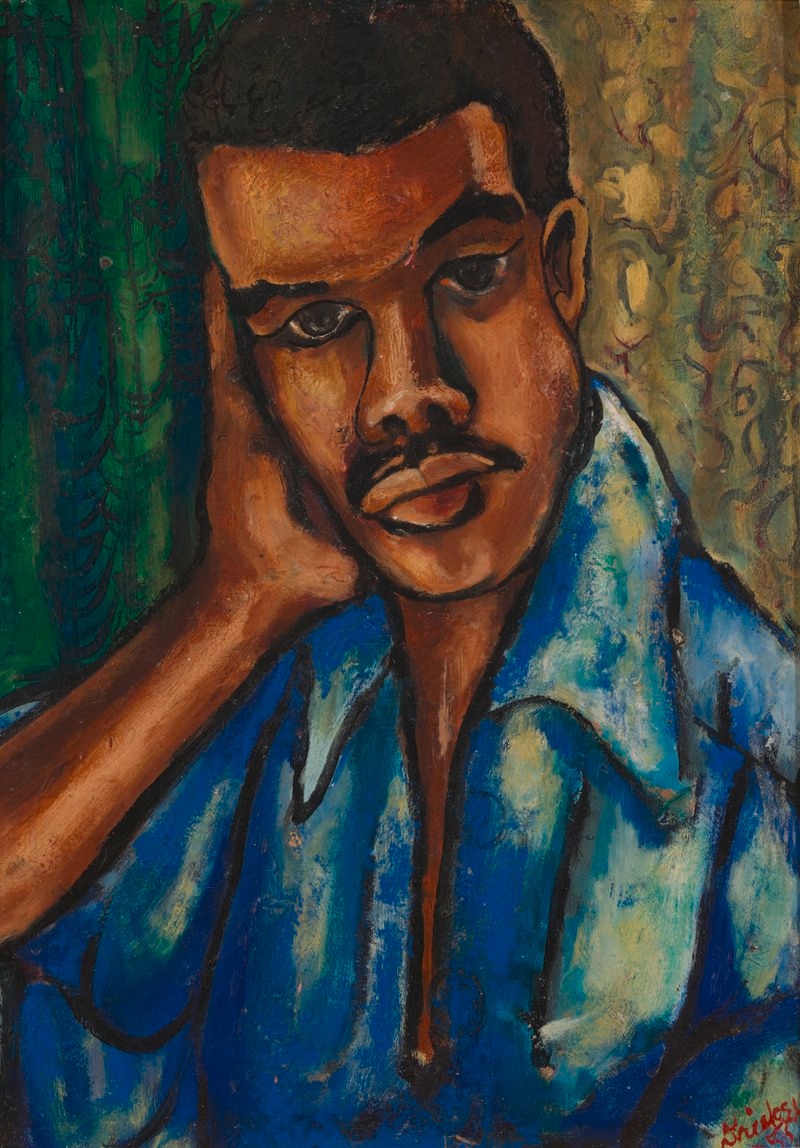 David Driskell’s paintings, prints, and collages are on display at the Cincinnati Art Museum. The collection includes this self portrait of Driskell. COURTESY PHOTO

Curator Julie Aronson says the Driskell exhibit offers rich experiences for people of all ages and backgrounds. “David Driskell said what mattered most to him was expressing ‘feeling’ and the ‘symbolic presence of form’ rather than the physical appearance of the world,” explains Aronson. ” Anyone who responds to brilliant, jewel-like color and the creative possibilities of a variety of materials will enjoy this exhibition. Driskell’s vibrant paintings, drawings and collages speak to his spirituality and his profound love of nature and humanity.”

The exhibition explores Driskell’s thematic concerns, from the solace of nature to the social tumult of the 1960s and his search for identity through African imagery and forms.

David Driskell’s paintings, prints, and collages are on display at the Cincinnati Art Museum. COURTESY PHOTO 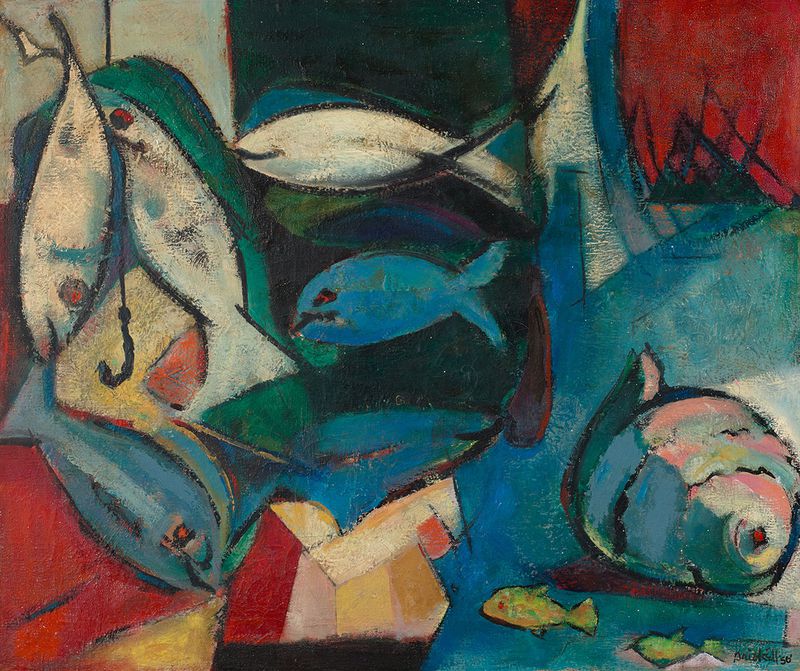 David Driskell’s paintings, prints, and collages are on display at the Cincinnati Art Museum. COURTESY PHOTO

Nathaniel Stein, Cincinnati’s curator of photography, says the Driskell exhibit is paired with the first major museum exhibition to explore the formative decades of the Kamoinge Workshop—an influential Black photographers’ collective founded in New York City in 1963 and active to this day.

The 14 artists whose work is showcased, says Stein, created images that “expanded the expressive power and technical craft of photography in the 1960s and 70s, whose commitment to one another and community sustained them, and whose work together has opened new futures for fellow and emerging African American artists.”

“Working Together” features more than 150 photographs by fourteen of the group’s early members, as well as the photographer Roy DeCarava.

An exhibition that chronicles the formative years of the Kamoinge Workshop Is now in Cincinnati. ANTHONY BARBOZA/PHOTOGRAPHER 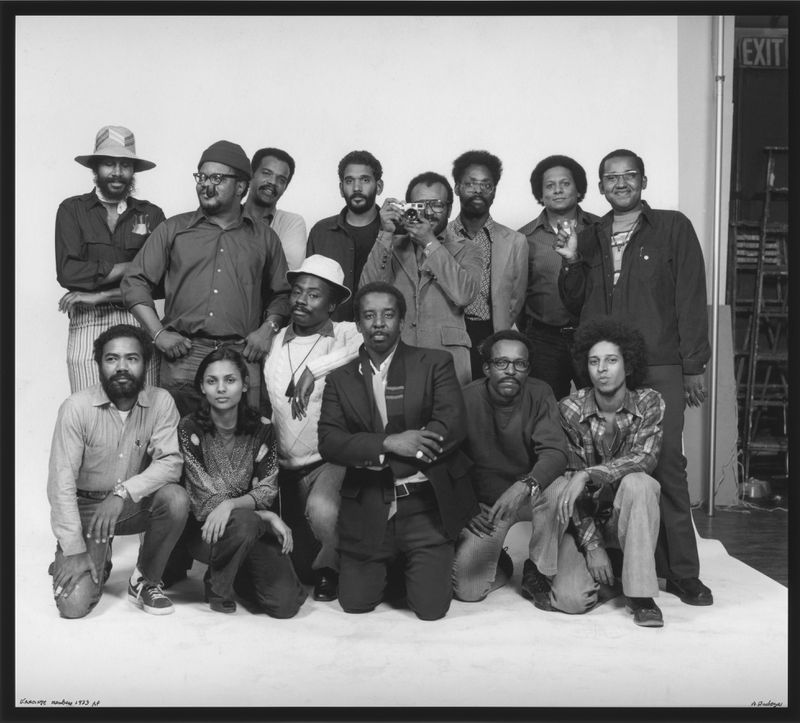 An exhibition that chronicles the formative years of the Kamoinge Workshop Is now in Cincinnati. ANTHONY BARBOZA/PHOTOGRAPHER

What: “David Driskell: Icons of Nature and History” and “Working Together: The Photographers of the Kamoinge Workshop”

Admission: Special Exhibition Ticket Pricing is $12 for adults; $6 for seniors, children and college students; free from 5-8 on Thursday and free if you have a DAI membership card with an Ohio Reciprocity sticker

Tickets: Purchase in person or at cincinnatiartmuseum.org/visit